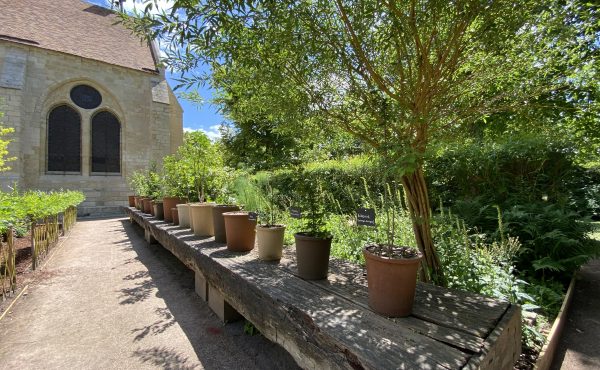 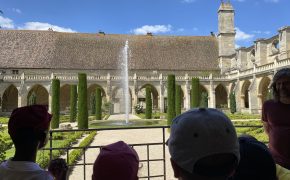 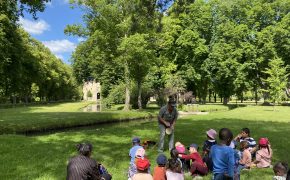 Discover the Royaumont Abbey, its park and its gardens!

The Park
Installed on more than 6 hectares, the park of Royaumont abbey (labeled Remarkable Garden and classified HD) has retained some of its medieval characteristics.
The XNUMXth century Cistercian monks, masters in the art of hydraulic piping, captured a nearby source in order to supply the only drinking water point in the monastery. These water points are today attractive decorative elements of the park.

The cloister garden
A garden of medicinal plants in the Middle Ages, it was transformed in 1912 by Achille Duchêne into a delightful French-style garden, freely inspired by flowerbeds with compartments from the Renaissance.
Since 2010, a geyser has arisen 5 minutes after each hour, symbolizing the cultural turmoil of the Royaumont Foundation.

The garden of 9 squares
Due to the proximity of the abbey's old kitchens, it is likely that a garden of aromatic plants was already there in the XNUMXth century.
Landscapers Damée and Vallet created this Medieval-inspired garden in 2004, based on the work of the medieval botanist Sainte Hildegarde De Bingen.

The vegetable garden, a new space
Inaugurated in the summer of 2014 by landscapers Astrid Verspieren and Philippe Simonnet, this 9 m vegetable orchard, largely experimental, relies on the natural regeneration and reseeding capacities specific to each plant.
The contemporary allegorical vegetable garden which hosts 160 varieties of vegetables,
3 plants and 000 fruit trees is a place of inspiration and expression for artists, a space dedicated to calm and relaxation, as well as a field of educational discoveries thanks to the didactic signs that run through it.


The price of the park entrance ticket includes all year round:
- a 6,5 hectare park plan (labeled Remarkable Garden),
- a didactic leaflet devoted to the medieval-inspired garden (nicknamed the 9 square garden),
- two course games for 4-7 year olds, 7-12 year olds and their parents,
- a virtual reconstruction of the XNUMXth century abbey church, broadcast continuously,
- didactic panels in the contemporary allegorical vegetable garden (inaugurated in 2014),
- French / English explanatory panels at each strategic point of the historical and archaeological route.

Also without additional cost, visitors are offered:
- guided tours
- Guided tours on the theme of the garden during the national event "Rendez-vous aux Jardins".
- animations within the framework of the national events "Rendez-vous aux Jardins" and for the European Heritage Days
- storytelling visits and meeting activities during the Music and Dance Festival, "Conversations in the Gardens" and "Sundays in the Gardens" from May to October and the highlight of the tourist season "A Weekend in the Gardens" (October ): shows for all, walks, quizzes and cooking workshop for children.
- A shuttle service (Viarmes-Abbaye train station) is offered free of charge on certain weekends and by reservation. 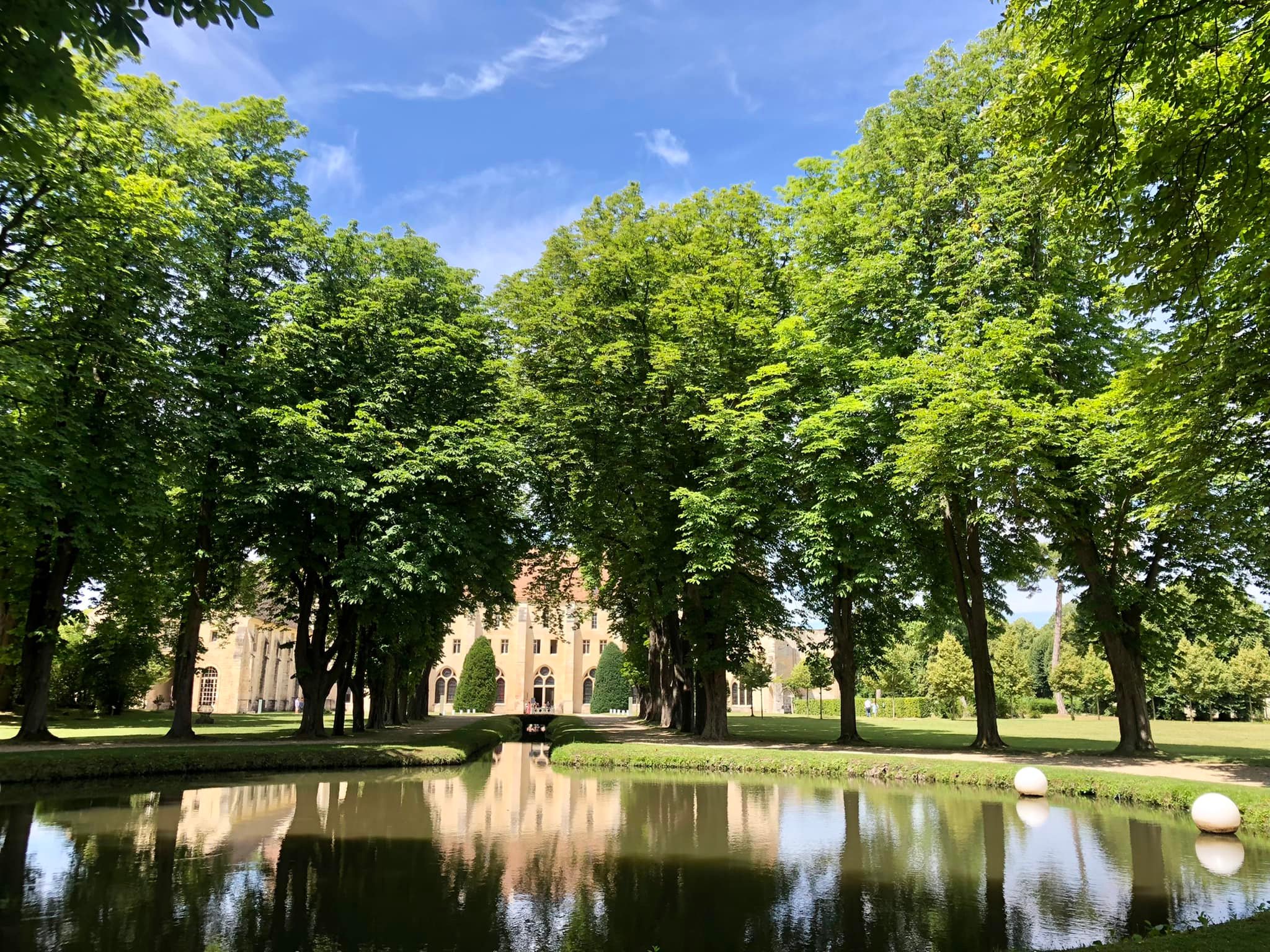 Contact The three gardens of the Abbey of Royaumont