The Way of Compostela passes through Écouen

If we commonly talk about "the Camino de Santiago», There is however not one and only one but several paths which lead to Saint-Jacques-de-Compostelle in Galicia (Spain).
Several of these routes, coming from the north of Europe, cross Écouen.
Before presenting you the route, some information concerning the history of this path…

How long has the Chemin de Compostelle existed?

The road to Saint-Jacques-de-Compostelle was born in the 1130th century. In the Middle Ages, in homage to the apostle Saint James the Greater, pilgrimages intensified. In XNUMX, a poitevin monk, Aymeric Picaud, described the paths for the first time. Its guide text is part of the Codex Calixtinus.
Since 1993, the Camino francés in Spain is a UNESCO world heritage site. In 1998, 71 buildings and 7 sections of the GR 65 in France were added. The Camino de Santiago is classified as the First Great European Route by the Cultural Council of Europe.

Who is Saint James the Greater?

He is one of the twelve apostles seen near Jesus Christ on the representations of the Last Supper. In statuary and painting, we represent him carrying the pilgrim's bumblebee (the stick) and the shell.

Who are the pilgrims?

If the pilgrims all walk towards the cathedral of Santiago de Compostela, their motivations are diverse and varied : spiritual or sporting reasons, quest for self or thirst for meetings.

Why do pilgrims wear a shell?

There are several legends around this shell. But what we do know is that scallop that the jacquets brought back from the coasts of Galicia was proof of their long journey. For symbolic reasons, the shell imposed itself as an attribute of the apostle and therefore took the name of Saint-Jacques. Hanging on the hat, on the bag or on the cape, it will become the emblem of pilgrims of Santiago de Compostela and also of all pilgrims.

What is The credential ?

From a historical point of view, it is about a letter of credence given to the pilgrim of the Middle Ages so that he can pass without hindrance the numerous controls which marked out at that time the roads until Galicia. Formerly, only issued by religious authorities, it was called, and is still called " the creditor ».

In 1958, the French Society of Friends of Saint Jacques created the lay equivalent: the credential, a document identical to the Créanciale in its function. It allows the pilgrim to:

A Écouen, two stamps will be offered to pilgrims: one representative the castle and the other the Saint-Acceul church. Pilgrims can choose one or the other. These stamps will be available at the Tourist Office and at the town hall.

Where does the Chemin de Compostelle à Écouen go?

Coming from Mesnil-Aubry by Chemin du Buquet, you will follow the path marked with traditional bronze nails and take rue du Four Gaudon, rue de la Grande Fontaine, rue Aristide Briand then rue du Maréchal Leclerc. Going up rue Schenck, you will see the castle. You must then turn rue Jean Bullant to admire the stained glass windows of the beautiful Saint-Acceul church, then continue the path towards rue Paul Lorillon without forgetting to stop at the Tourist Office or the town hall for have the stamp of the municipality affixed to it on its credential. Finally, you have to go towards the forest by taking the alley of the Market then the Allée des Princes.

This journey testifies to a desire to bring the city center and shops to life while offering walkers a walk through history ...

Call to the Ecouennais to accommodate pilgrims

Accommodation in Écouen is essential to enable our town to become a stopover town on the Chemin de Compostelle. Being a stopover city allows pilgrims to stop and take full advantage of the historical and cultural heritage.

Whether you are a pilgrim or not, you can welcome a pilgrim who wishes to make a stop in our town ... If you wish to meet these walkers, please let us know at the tourist office. The agents will be able to transmit your coordinates to the pilgrims.

This work was carried out in partnership with the association Compostela 2000. 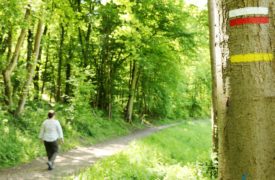 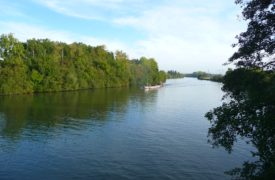 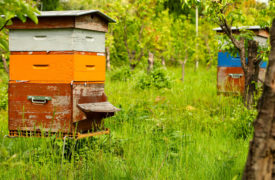