Several means of transport allow you to reach Paris from Paris-Charles de Gaulle airport. Indeed, you can access it in several ways: by RER B, by bus and also by joining the metro.

You can take the RER B: in about 45 minutes, you will reach Châtelet-les-Halles station in the heart of Paris. There are two RER stations at the airport.

Buses take you directly to the center of Paris. The Roissybus drops you off at Opéra. You are therefore directly near the Grands Boulevards, the Opéra Garnier or the Church of the Madeleine.
As to bus 351, it takes you to Nation. In addition, you can also take the 350 bus to reach Gare de l'Est. Other buses allow you to reach the outskirts of Paris to take the metro. This is the case of Express 93 bus which takes you to line 5 of the metro, stop “Pablo Picasso”.
These buses are to be taken to the bus station, in Roissypôle.

There are also two night buses (Noctiliens) allowing you to reach Gare du Nord and Gare de l'Est at the Roissypôle bus station. These are N140 and N143.

Here is the simplified map of the transport lines taking you to Paris from Paris airports:

For more information, and to check the traffic status, we recommend that you visit the Paris Airports and that of the RATP : 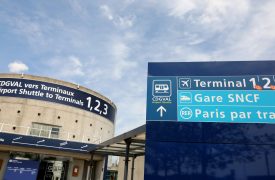 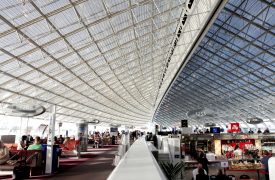 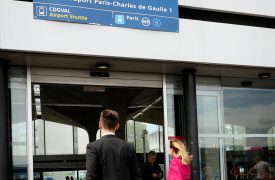 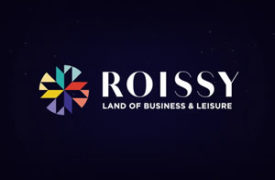